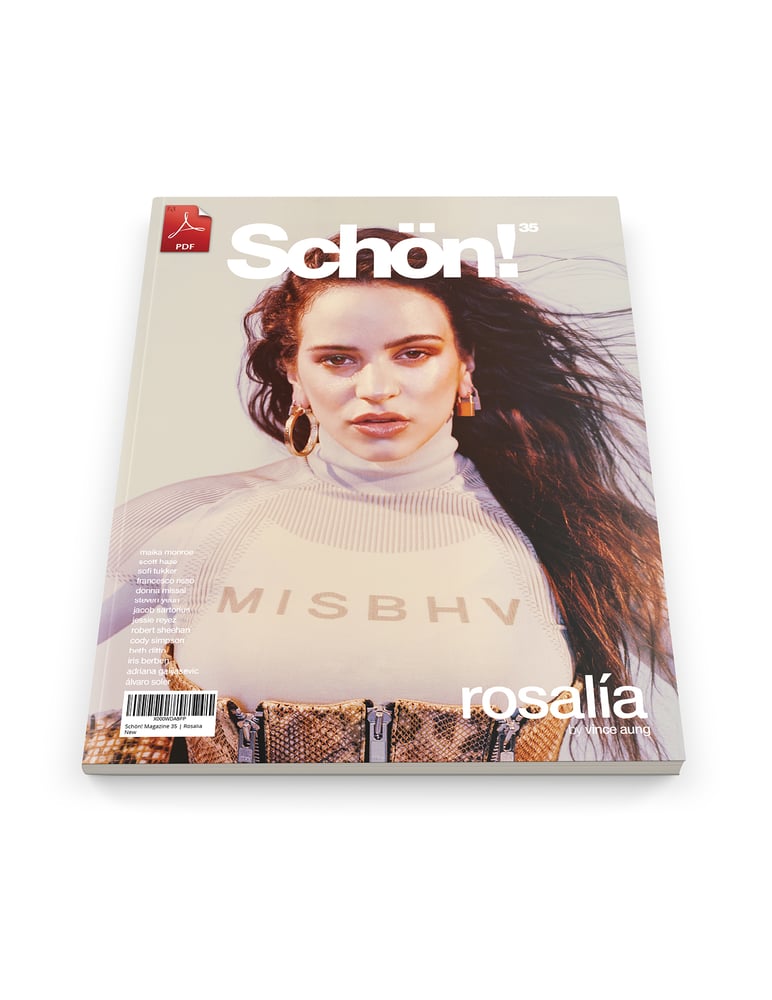 The global paradigms are constantly changing but, if there’s one thing that remains constant, it’s hard work. For our 35th issue, we focus on those whose work shapes our society in fashion and entertainment. The perfect example is our cover star Rosalía, photographed in Los Angeles by Vince Aung. Ahead of the release of her highly awaited sophomore album, we catch up with the Spanish trailblazer to talk about putting in the work and overcoming challenges.

Still in the music realm, we meet fellow Spaniard Álvaro Soler and electronic duo Sofi Tucker; whilst Beth Ditto discusses feminism and Australian sensation Cody Simpson addresses climate change. Going from the classics to the breakthroughs, we catch up with the passionate Donna Missal, the heartfelt Jessie Reyez and the unstoppable Jacob Sartorius.

In film and TV, we talk Hollywood starts and blockbusters with Maika Monroe, Scott Haze and Robert Sheehan. We also chat to iconic German actress Iris Berben and Steven Yeun tells us about life (and work) after The Walking Dead.

In the fashion realm, we highlight the designers at the forefront of change, including Marni’s Francesco Risso and G-Star RAW’s Adriana Galijasevic. Straight from the catwalks, we delve into the season with workwear as our conductive thread, showcasing a resurgence of innovation, creation and excitement.

Issue 35, and the mavens that have been part of it, signal a new chapter for Schön! as we turn green, moving distribution exclusively to Amazon (every little helps).